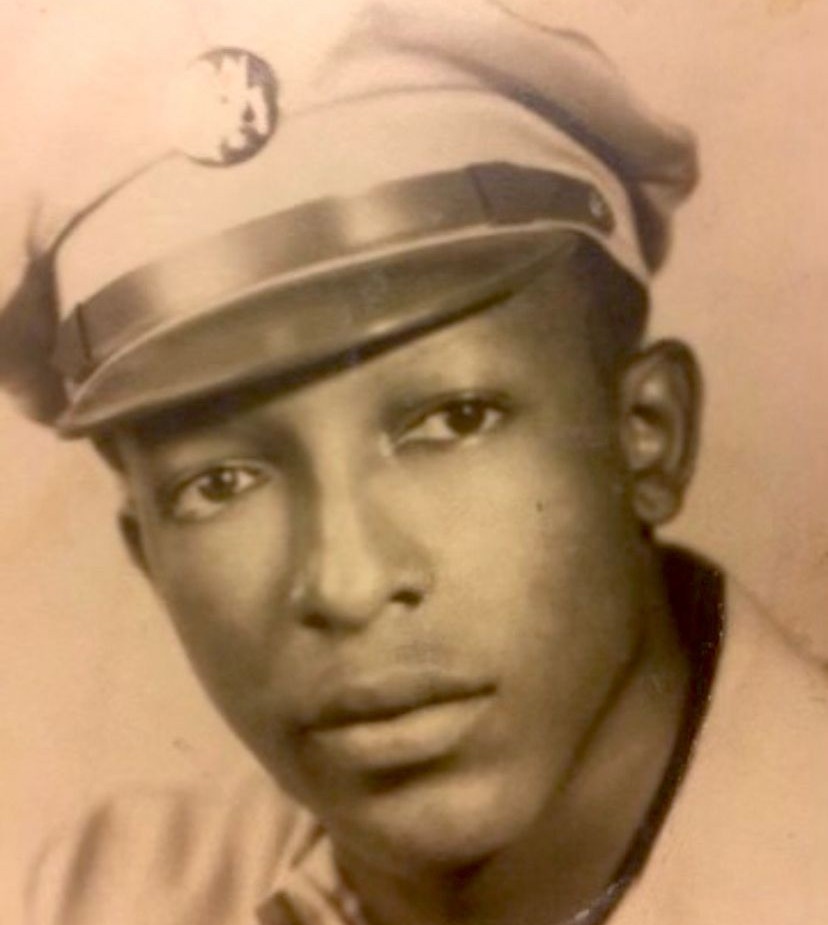 Andrew Amos, known to most as “Amos,” was born June 23, 1926, in Tallulah,
Louisiana to Louis Amos “Papa Lui” and Gertrude Johnson who both preceded him in
death. From the first to the eighth grade, Andrew attended a "Negro-only" school in his
small community. Being a part of such a close-knit group, Andrew learned the value and
importance of family. He also learned the necessity of everyone selflessly contributing
to the greater good of the community as a whole for sustainability and survival. Andrew
moved to New Orleans when he was 13 to live with his favorite and most beloved Aunt
Tennessee. While in New Orleans, Andrew attended a more traditional high school and
was introduced to a diverse “city life.” Andrew missed his humble beginnings and would
travel back and forth between Tallulah and New Orleans to spend time with family and
friends and help his father, Papa Lui, with the family businesses.

Shortly after high school, Andrew joined The United States Air Force. Through the Air
Force, he had the opportunity to combine his passion for planes with his desire to travel
the world. On May 19, 1957, Andrew married the “cutest nurse in town”Georgia
Whiteside (Amos). During their early years, they traveled all over the world, residing in
Hawaii and various countries such as France, the Netherlands, Japan, and the
Philippines. Although they loved living in Japan, the Amos family decided to
settle permanently in Las Vegas, Nevada. Together they began to establish roots in the
beloved community of 89106. Having lived there since 1969, Mr. Amos was unwilling to
move anywhere else. Together they loved, nurtured, and poured wisdom,
encouragement, resources, and countless life lessons into their children, community
children, and anyone who needed a hot meal, warm bed, and a listening ear. Andrew
took great pride in being the backbone, provider, and protector of his wife and children.
Andrew was no stranger to hard work. He learned early in life that he had to be
deliberate about his own success. Therefore, he incorporated and lived by several
simple principles throughout his entire life, such as, “A wise man always keeps his
word” and “It is always smart to stay out of humbugs.” Andrew believed diligent,
consistent work toward any goal, coupled with integrity, would always pay off. Andrew
never accepted a hand-out; he was intentional about earning his way. Although
opportunities were extremely limited for men of color in the early to mid-1900s,
Andrew's work ethic and intentionality earned him countless awards, accolades, and
promotions; He finalized his military career as a Senior Master Sergeant. Immediately
after retiring from the Air Force, Andrew worked an additional 20 years as a lead airplane mechanic and trainer for Howard Hughes. After he fully retired, Andrew spent his time investing in his favorite organizations, THE VFW and American Legion. Andrew loved “The Post” and worked with a team of close friends to ensure its success.

To order memorial trees or send flowers to the family in memory of Andrew Amos, please visit our flower store.