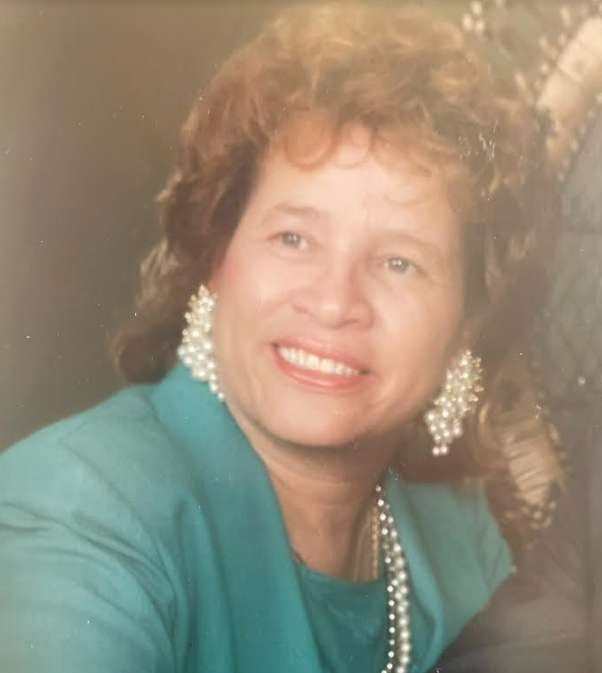 On June 21 in New Orleans, Louisiana God blessed Paul and Florence Hopkins a Queen named Brenda Carol Hopkins Alexander, she was the youngest of 2 children. On July 31, 2022, God called our queen home.

Brenda graduated from Cohen High School and went on to attend Dillard University. She met the love of her life Glenn Alexander and married on November 11,1960. She later moved to Las Vegas, Nevada and to this union two children were born Glenn Paul Alexander and Gina Alexander Collins. Brenda and Glenn have been married 61 years and the love and respect these two shared has always been praised by onlookers. You would always hear Glenn saying “Leave my wife alone and Brenda saying my husband” as they had each other’s back to the very end.

Brenda was employed by Las Vegas Housing Authority for three years and went on to work for the Clark County School District for 30 years as an Office Manager, she was considered a legend in the School District and was well respected. She spent most of her career at Madison Sixth Grade Center and was well known in the community for mentoring and encouraging young people before retiring in 1998.

Brenda accepted Christ at an early age and was a long-time member of Zion United Methodist Church for over 50 years; she was a member of the Women’s Choir and a member of United Methodist Women. She enjoyed the friendships that she obtained during her time in the church which led to a lifetime of connections.

Brenda enjoyed being a member of Red Hat Society and her Pokeno Club. She always looked forward to hosting her Pokeno parties and presenting creative meals for her guest to enjoy. These memberships came later in life because her biggest enjoyment was loving and spending time with her husband Glenn Alexander. These two were known for tearing up a dance floor and being the life of the party.

Brenda lived a prosperous and fruitful life up until her transition. Even though Brenda enjoyed her lifelong career with the school district, she really enjoyed her traveling adventures with her husband Glenn. She loved sharing her experiences while traveling and always was planning out another adventure. Brenda loved traveling to the Caribbean Islands and her hometown New Orleans, Louisiana to spend time with her family. She specifically loved visiting her sister Paula Hopkins Young and Brother-in-law Wilbert Young.

Brenda may have lived in Las Vegas for most of her adult life, but she never left her roots behind. She stayed closely connected to her parents while they were living and talked to her sister daily. In her last days, using her last breath she expressed her love for her sister saying, “I Love You Paula”, even making sure they had a last laugh together responding to her sister after she said, “What’s my name”, Brenda responded saying “Puttintain”.

Brenda was well known for her cooking, everyone all over town waited to get a taste of her gumbo and her homemade cakes. She had no problem letting someone know who tried their hand at fixing gumbo that they were missing specific ingredients, saying “You need some file in that gumbo.” We can’t forget she also was a fashionista, she enjoyed shopping and I’m sure she was the one that helped QVC become a million-dollar company from all her purchases. One of Brenda’s favorite games were to hide packages in the back of the trunk of her car for Glenn to find them and bring them in to help her pick out the next outfit. Her favorite line was “Glennnnn I don’t have anything to wear”.

If you ever had a chance to be in the company of Brenda, you would never forget her, she has never met a stranger, everyone was her friend from the moment she met you. Not only everyone was her friend, but she also had the need to help anyone that was in need offering advice and any support. Brenda was known for being able to tell the funniest stories and people always looked forward to being entertained as she had the ability to make people laugh.

To order memorial trees or send flowers to the family in memory of Brenda H. Alexander, please visit our flower store.
Open