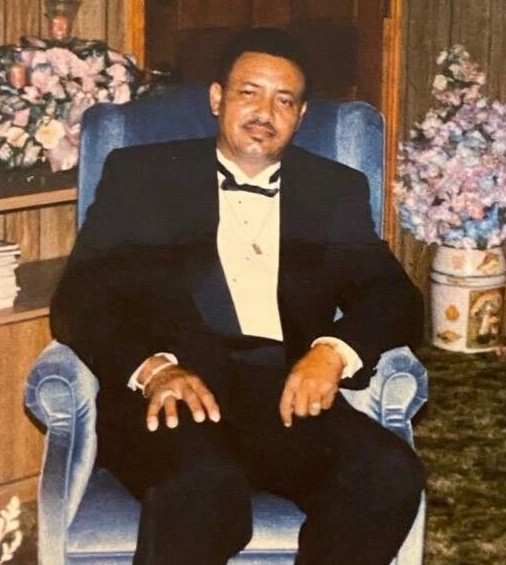 Charles loved his family very much and worked diligently to build the family structure. Charles along with his siblings were educated at Waverly High School, Winnsboro, Louisiana. He attended school through the ninth grade, when he and his brothers had to work to help support the family. Charles later decided to withdraw from the cotton fields of Louisiana to seek what he thought to be “greener pastures”. His sister Bobbie gave him her life’s savings of $2.00, and with the change in his pockets, said good-bye to “butler bin”, family and friends.

His dream led him to the streets of Florida. Now far from those who loved him, he finds himself homeless, hungry and destitute when a dear senior lady took him into her home until he was able to find work. Life wasn’t easy as he had imagined, when at home eating his mother’s biscuits. Now he must survive or swallow his pride and return home!  He did return home.

Then May of 1963, another opportunity presented itself, when cousin Rachel Mae Jordan-House came to retrieve her children heading for Las Vegas, Charles again escaped the cotton fields following another dream. Charles was blessed to live with Cousin Rachel Mae, her children Georgia and Mary and brother Bubba at the “Cadillac Arms” apartments. Charles was very industrious working at the Thunderbird hotel, and the Mint. He later found his niche as a truck driver for Republic Services where he worked for 27 years, retiring July 2004. Later Charles married Miss Helen Turner, to this union were born four children.

In 2002-2003 Charles after studying the Bible, was baptized at the Market Street Seventh-Day Adventist Church. Then August 10, 2003, Charles and Virce L. Johnson-Hill were united in marriage. Through thick and thin until September 9th, when Charles fell asleep, now awaiting the call of the Life-Giver, Jesus the Christ.

To order memorial trees or send flowers to the family in memory of Charles Miller, please visit our flower store.
Open