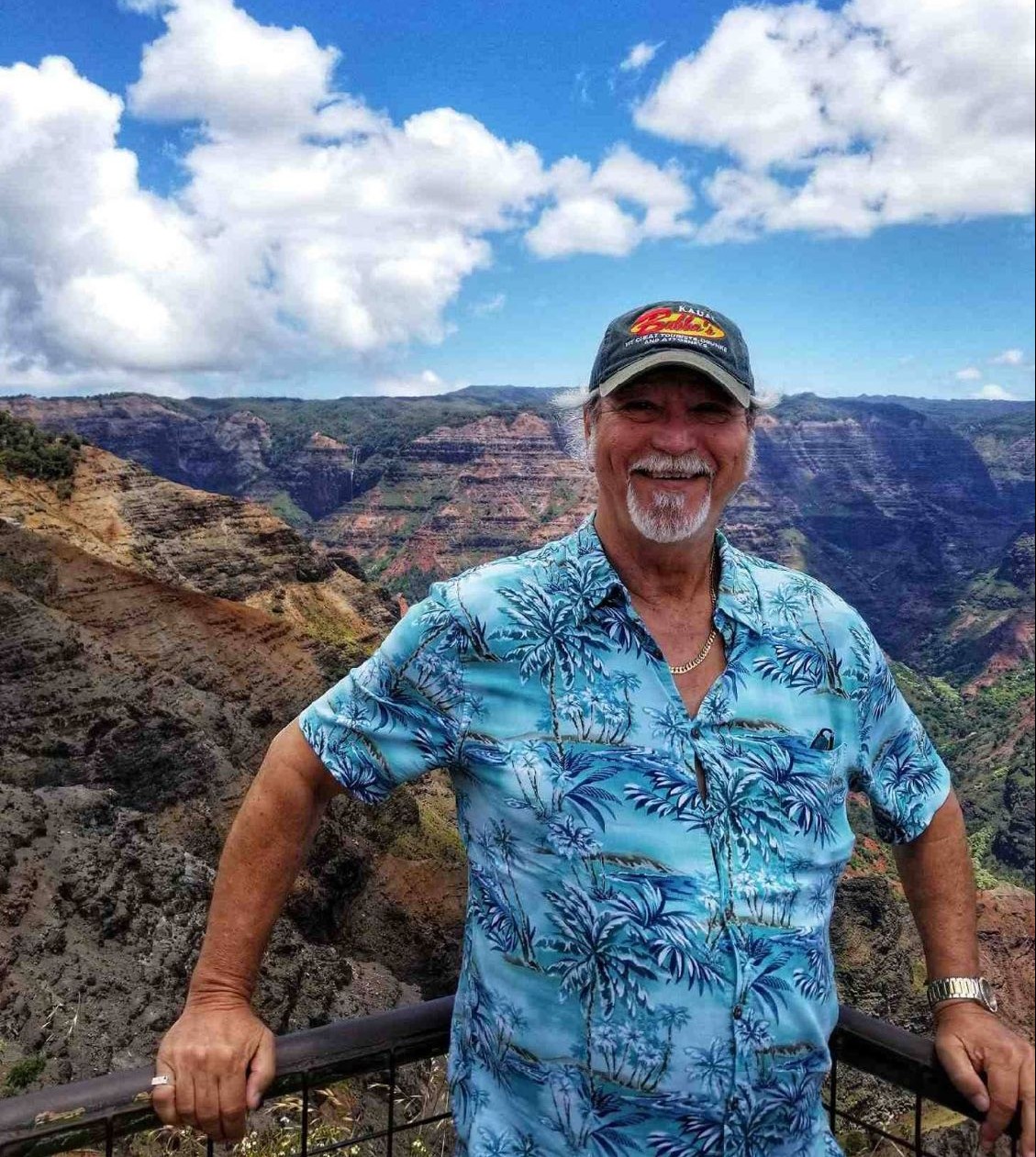 He was born at Orange, California, to John Griffith and Victoria Griffith (Zimmerman).  In 1970 he joined the Navy, serving seven years - three on the U.S.S. Richard B. Anderson. In 1975 his first child, Christina, was born.  After his discharge from the Navy, he lived in San Diego. In 1984, his son, Sean joined the family.

In 1990, he moved to Abbotsford, British Columbia, Canada, opening his telecommunications company. While living in Abbotsford, he met Lindalea Lowrie. They moved back stateside, to Oceanside, California in 2007. Earl finished his career as an Environmental Engineer at Camp Pendleton, California. He was a life-long Rams football fan and an avid music lover, who often could be found playing guitar. He retired in 2019 and spent his remaining years traveling across the country with Linda and spending time with his family.

Predeceased by his parents, John and Victoria of Surrey, B.C., and brother Jerome of Nanaimo, B.C. He is survived by his loving wife of 28 years, Lindalea; his children, Christina of San Diego, and Sean of Los Angeles; his step-children, Erica (Gordon) of Abbotsford, British Columbia, and Shawn (Stacey) Williams of Barrie, Ontario; Sisters Francis (George) Kanelles of Surrey, Judith (Steve) Last of Chilliwack, and John of Abbotsford, and many nieces and nephews. Lovingly remembered by his Grandchildren Wyatt Ochs, Alexis and Bailey Samplonius, Gage Miller, and Matthew Williams and Great Granddaughter, Braxtyn Fankhanel.

Memorial Service is at Ft. Rosecrans National Cemetery on March 2, 2022, at 9:30 am, followed by a closed reception. The family encourages donations to the American Cancer Society in Earl’s honor.

To order memorial trees or send flowers to the family in memory of Earl William Griffith, please visit our flower store.