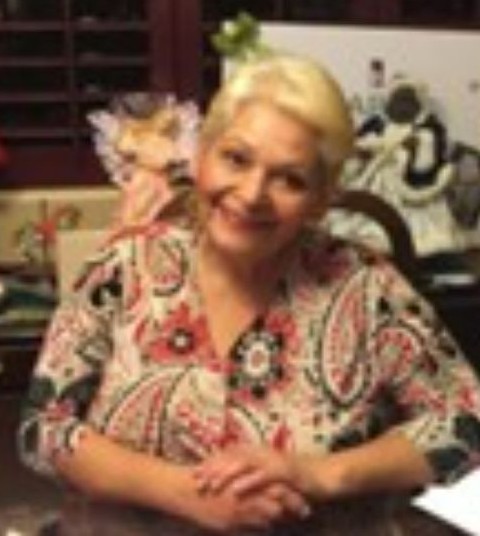 Kim is preceded in death by her mother Josephine “Mollie” Poafpybitty and her grandfather Jose “Charlie” Jojola of the Pueblo of Isleta, NM.

Kim was extremely proud of her Native American heritage. After college, she worked for the Bureau of Indian Affairs (BIA) where her supervisors included Senator Ted Kennedy and 1964 Olympic Gold Medalist legend, Billy Mills. Kim worked for Aetna Finance; and, in 1979, a job became available in their Orange County, CA office. So, she packed up her family and headed out West. Later, she worked for Xerox Corporation in El Segundo, CA and while still working for Xerox she moved to Rochester, NY. In 2005, Kim and Bill moved into their beautiful home in Summerlin and truly loved their new life.

Kim was a devoted wife, mother, grandmother, and great-grandmother who enjoyed meeting new people (as she never met a stranger) and loved traveling to places like Ireland, Scotland, England, and Italy. Her smile lit up a room and her compassion touched everyone’s heart. She was heavily involved in various church activities such as teaching RCIA and prison ministry. Kim was truly grateful and thankful for all the people who crossed her path on her life’s journey, and she spoke about each and every single one of you often.

To order memorial trees or send flowers to the family in memory of Eleanor Kim Thomas, please visit our flower store.