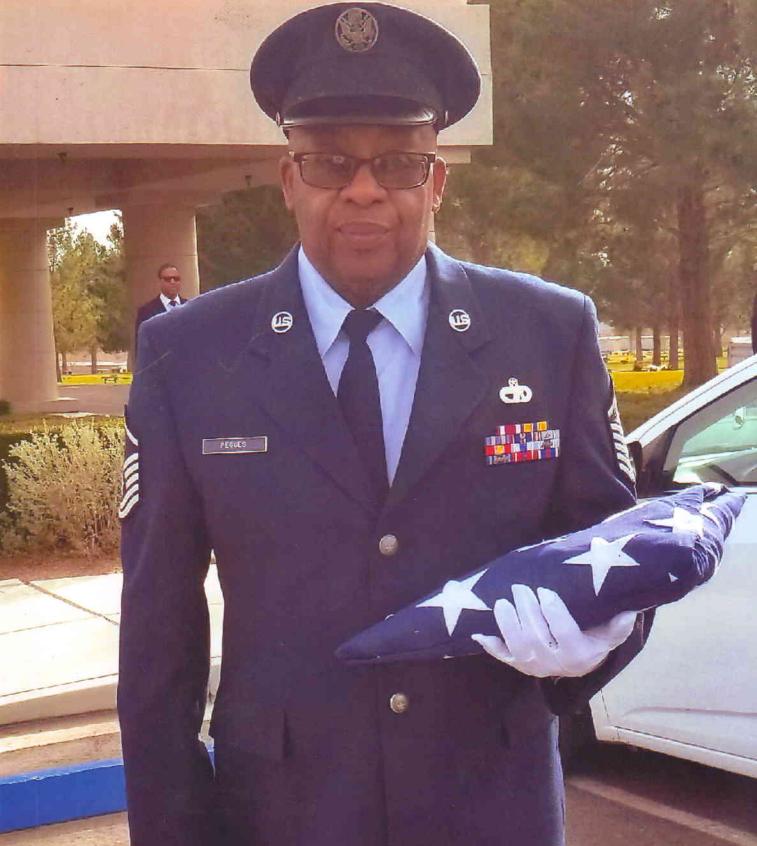 Herman McKever Pegues, Jr. (Herm) was born December 10, 1957, in Savannah, Georgia to his mother Mildred Leola Pegues and Father Herman McKever Pegues, Sr.  He was affectionately known as “Beaver” by his siblings and cousins. He was raised by both his parents in the military.  Herman was blessed to travel around the world as a child while his father served in the U.S. Air Force and graduated from Dover Air Force Base High School.  Herm followed in his father’s footsteps by enlisting in the U.S. Air Force.  Herm met and married his first wife Phyllis Blake in Dover, Delaware. To their union four children were born: Jermaine, Regina, Angelina, and Quenton.

Herm was later stationed in Okinawa, Japan where he met the love of his life, Stephanie Denise Stallworth.  Herm and Stephanie were married on September 19, 1997, in Las Vegas, Nevada.  Herm and Stephanie were blessed with two more children, Enhri and Emani.  Herm retired from the U.S. Air Force in 1998 at the rank of Master Sergeant. During his time serving, he played softball, football, basketball, and soccer and was awarded the Intramural Athlete of the Year in 1983. He also received the Meritorious Service Medal, the Air Force Achievement Medal & the Air Force Commendation Medal.  Upon his retirement, Herm worked at TelePacific Communications Corp.   Herm went on to receive his Associates in Applied Science degree in Hotel Management from the College of Southern Nevada.

He attended both MountainTop Faith Ministries with his wife and St. John Neumann

Catholic Church alongside of his parents, Mildred and Herman Pegues, Sr., and daughter, Emani Pegues.  During COVID-19 Herman attended an online church service with Pastor Cean James of the Salt & Light Ministries in Philadelphia, Pennsylvania.

In Herm’s leisure time, he had a passion for the game of Bid Whist. He was the President of the 702 Bid Whist Club and he played with his beloved wife as his partner on a regular basis.  He also enjoyed bowling, where he, his wife and his parents were part of a winning bowling league.  Herm also enjoyed cooking, playing pool, watching sports, traveling the world, but above all he enjoyed spending time with his family.  Herm welcomed everyone with open arms into his house as well as his heart. He

always made sure that everyone felt at home and that everyone was well taken care of. Herm was an amazing cook; people would travel miles to come to the Pegues home and taste his delicious food.

A gentle and caring soul is resting in Heaven. He was an amazing husband, father, son, brother, friend, leader, and patriot. He will be deeply missed.