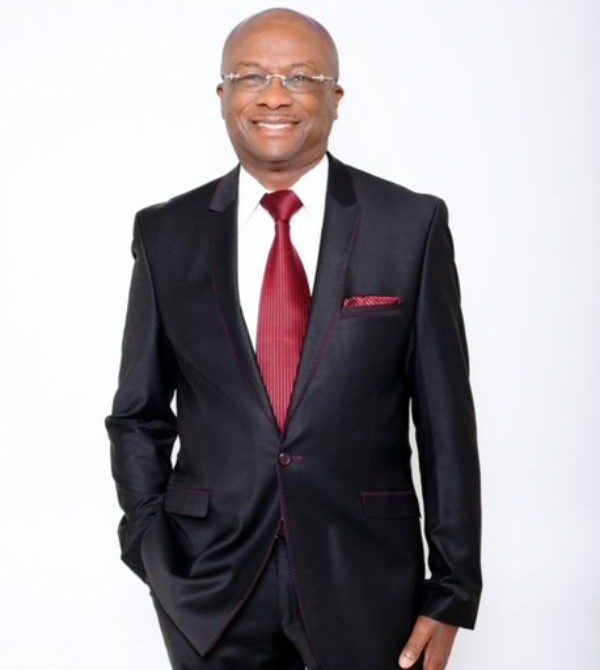 Bishop William Ralph Jones was a man for all seasons – ready to cope with life’s possibilities and whose behavior was always appropriate for every occasion. Dr. Irene Jones simply stated, “he was a good guy.”

William R Jones entered life on February 29, 1948 and was the second of three children born to William Henry and Dora Evan Jones in Dunn, North Carolina. After graduating Harnett High School in 1966 he enlisted in the U.S. Air Force, serving 4-years with one year in Vietnam War as a Technical Airplane Mechanic, received private Pilot/Flight Training in Vietnam in 1969. He returned from Vietnam tour of duty, receiving orders to Nellis Air Force Base, Las Vegas, Nevada. Military accolades for service rendered him a Vietnam Campaign Medal, Vietnam Services Medal, and the National Defense Medal.

New Jerusalem Baptist Church extended him an invitation to join the Christian Experience, where in fellowship he met the “good Baptist girl” he was hoping for – Ms. Irene McJoy. After a few months they were joined in matrimony in March 1970 and began a God-fashioned love story for 53 years. After seeking God for an in-depth experience, the couple attended a revival at the National Guard and heard a life changing message, where they both repented, were baptized and received the gift of the Holy Ghost that night. The blessing of children born to the couple were Angela Rochelle Jones in May 1969 and William ‘Kenya’ Jones, July 1974 (both of whom are tragically deceased, yet have been received into heavenly places in Christ Jesus).

After service and exemplary training, in 1976 he became a Journeyman Wireman/Electrician, receiving contractual assignments for several projects, including a few malls in Las Vegas. His electrical contract work took him to Pleasanton, California in 1978, where he also relocated, provided service and invested time in the ministry of Elder Robert Young.

A prophesy at age five, manifested into a call of God, and in November 1980 Brother Jones was ordained as an Elder by the late Bishop R.W McMurray. In February 1981, he founded New Life Tabernacle Church, changing the name to New Life Christian Center in 1984 (current ministry). An ordination to Suffragan Bishop followed in February 1998. Then in July 2000, he was elevated to Bishop of the State of Nevada, at the 26th Episcopal District of the Pentecostal Assemblies of the World, Cincinnati, Ohio.

In 1997, Bishop Jones established New Life Child Development, serving as a ministry to children ages 6-weeks to 12yrs old; New Life Food Program which has served 2500-3000 meals per day for at risk children, also had a contract and provided meals to all the Boys & Girls Clubs of Southern Nevada; from June 1997 this program was funded through the Department of Education until the program’s end; from 1995-2000 established the New Life Christian Academy serving ages Kindergarten through 12th grade, and was granted an approval through the Nevada Department of Education for a charter to establish Colin Powell Academy; New Life Community Development, provided housing for at-risk families in the Las Vegas area. February 2001 he established a Counseling Department which assisted with the following issues: marriage, family, drugs, gambling, ADD, ADHD, co-dependency, amongst other issues.

Aside from ministry, William R. Jones is one of the most astutely private businessmen in the nation, including, but not limited to the co-ownership of 702 Motors and a vastly prolific real estate portfolio.

Also, a host of friends who loved him from his Congregants, various Bishops, District Elders, Elders, Saints, many workers and acquaintances who have benefited from his’ fervent prayers, from his’ wealth of knowledge, patience, love, even financially… and if you knew him… his’ humor!

To order memorial trees or send flowers to the family in memory of Bishop William Ralph Jones, please visit our flower store.
Open